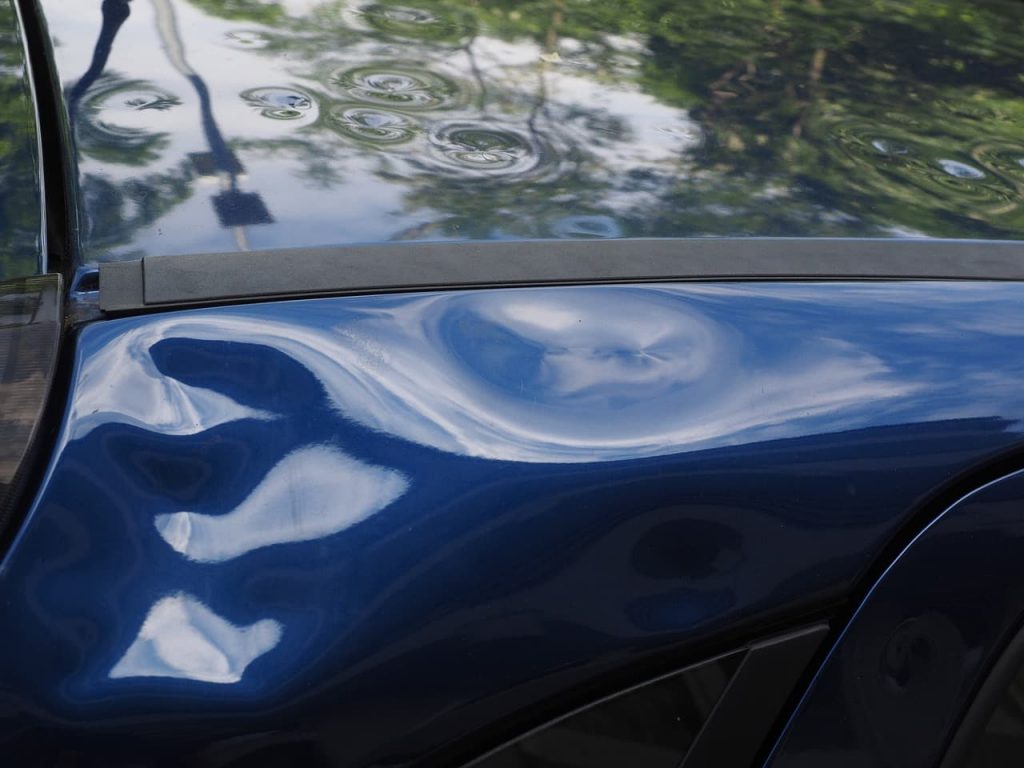 A decade ago, there was a massive hailstorm in Perth. Tens of thousands of cars were damaged by the hail, and the storm created more than a billion dollars’ worth of damage.

This storm came with little warning and many people were caught out in it. They might have garaged their cars at home, but because the storm struck when most people were at work, the damage was unavoidable.

Hail is prevalent across Australia at certain times of the year, and it’s not unusual for it to strike unexpectedly and cause extensive damage.

Many of the cars in the Perth storm were completely written off, as the dents in the vehicles were huge. The hail also smashed windows in some cases.

For those who didn’t have insurance, when this hailstorm hit, it was a nightmare. Many ended up selling their cars for significantly less than what they were worth. That’s if they could sell them at all! Not many people want to buy a hail damaged car.

Hail damaged cars are usually easily spotted and have distinct characteristics. They tend to resemble the below – lots of small dents all over the top of the bodywork. Extreme cases will have broken glass, as below, which is clearly broken in multiple places, almost like it has had dozens of golf balls hit directly at the glass. The small dents, despite their size, are very difficult to remove, and usually require the body panels replacing. In some cases the damage can be filled or beaten out, however the example below would not have had that luxury.

Your car can be completely totalled by hail damage because the hail can impact the entire car – including the motor – and the damage often isn’t solely cosmetic. If you have comprehensive car insurance, they might decide to replace your vehicle, otherwise, they will pay the costs of getting it fixed. Sometimes, unfortunately, it is more cost-effective to replace the entire car rather than pay for all of the repairs.

The price of repairing your hail damaged car will vary widely, depending on your insurance, where you are and how much damage was caused. An expert opinion will always be required in determining this.

As we mentioned, it might be cheaper to deem the entire car a write-off, especially if it’s an older model, than it would be to replace it. Although it’s best just to simply avoid hailstorms as much as possible.

How to avoid hail damaging your car

Keep your eye on the weather forecasts and if a hailstorm is predicted, keep your car garaged for the day. And if you don’t have a garage, visit a shopping centre or somewhere else with undercover parking, and leave your car there.

If this fails, drape your car with numerous blankets and covers to keep it safe. If you find yourself caught out in a storm, quickly seek cover or if that fails, put your floor mats up on the windshield to prevent the glass from breaking. And make sure hail damage is covered in your insurance, in case the worst case scenario was to happen.

It is still possible to sell a hail damaged car, although expect to sell it for a lot less than an undamaged vehicle. The good news is that you can sell the car even if the insurance company has deemed the car to be totalled.

If you take away one thing from this article, just remember, hail storms damage up to one billion cars around the world each year, so it’s best to be prepared!

If you have unfortunately had your car damaged by hail, get a price from Cars Brisbane on how much you can sell it for.

Sell Your Car For Cash Today

On the spot valuation and cash payment, all vehicles considered